You are using a web browser that may not support the design features on this site.

For the best experience, please switch to another browser. We recommend Chrome or Firefox.

How Do Dental Sealants Prevent Cavities? 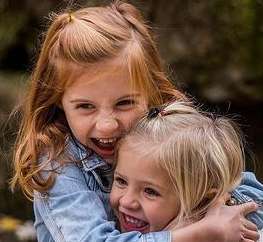 AS A PARENT, maybe you spend a lot of your time worrying about whether your child’s teeth will develop cavities. Obviously, it’s critical to teach them how to brush and floss and encourage them to do so daily, but there’s something else that can help prevent childhood tooth decay: dental sealants.

The Battle Between Your Child’s Teeth and Bacteria

40% of children develop cavities by the time they begin school. This is a result of poor oral hygiene and frequent consumption of sugary drinks and snacks, and it’s why it’s so important to help them build strong oral health habits at an early age. The human mouth contains many species of bacteria, some of which consume the leftover sugar on our teeth and then excrete acid onto them. As tough as tooth enamel is, it’s very vulnerable to acid, so this causes tooth decay.

The ways we keep oral bacteria in check are brushing, flossing, and limiting our sugar intake. Even then, there are still crevices in our teeth where bacteria can hide, particularly for a child who doesn’t have the dexterity yet to brush as effectively. That’s where dental sealants come in.

What Exactly Are Dental Sealants?

Dental sealants are simply a layer of clear plastic that can be brushed onto the chewing surfaces of teeth in order to “seal them off” from cavity-causing plaque and bacteria. Dentists have been using sealants since the 1960s. They’ve been popular for so long due to how effective they are, as they reduce the risk of childhood tooth decay in the back teeth by up to 80%!

Sealants are typically applied to the molars because they do the most chewing and have deep crevices where bacteria can hide. Sealants fill in and cover these crevices and act as a shield against bacteria. Even better, the application process is so quick and painless that we can do it in the course of a normal appointment!

When Is the Right Time for Sealants?

As soon as your child’s adult molars erupt, they can be protected by sealants. That will usually be around age six. The earlier the sealants are in place, the less chance oral bacteria has to build up on the chewing surfaces of their molars. But the window doesn’t close if your child is older than six and doesn’t have sealants left; they’re still beneficial if they get them later. Even adults can get sealants!

Schedule Your Child’s Next Checkup Today!

Whether your child needs a normal twice-yearly cleaning and checkup or you’d like them to get sealants, go ahead and schedule the next appointment. If you have any concerns about their brushing or flossing or questions about how what they’re eating could be affecting their dental health, just let us know and we can help.

Protecting your child’s smile is our top priority!

Related Services: Children's Dentistry
Return to Blog Homepage
Like us on Facebook Leave a Google Review
If you have difficulty using our website, please email us or call us at (815) 623-3926